You are here: Home / Our Team

Administrator – Philip Critcher
Philip received his Bachelor of Science in Business Administration from Grace College in 1985. He completed his nursing home internship and Core of Knowledge training in Cleveland, Ohio in 1990, and he was licensed as a nursing home Administrator in 1990. For the past 15 years, he has been the Administrator of Country Meadow Rehabilitation and Nursing Center.

Medical Director – Dr. Robert Barkett Jr.
Dr. Barkett is an internist in Mansfield, Ohio and is affiliated with Ohio Health Med Central Hospital. He received his medical degree from Thomas Jefferson Medical College in 1990. He completed his residency from 1990 through 1993 at Riversdale Methodist Hospital in Columbus, Ohio. He has been in practice as a solo practitioner for 25 years. He is also Medical Director for Southern Care Hospice.

Director of Nursing – Jennifer Lawhorn
Jennifer graduated as an RN from Marion Technical College in 2010. Jennifer has worked in health care for 18 years. She became the ADON of a skilled nursing facility in Mansfield and then began her career at Country Meadow in 2016. She was promoted to Director of Nursing in 2017.

Director of Rehabilitation – Brittany Hall
Brittany became a physical therapist assistant in 2014 after graduating from Marion Technical College. Brittany became the Director of Rehabilitation Services at Country Meadow in 2017. Brittany says, “This career has allowed me to work one-on-one with patients and build unique relationships with each and every one of them.” Seeing the progress that the patients make each day has been extremely rewarding for her. 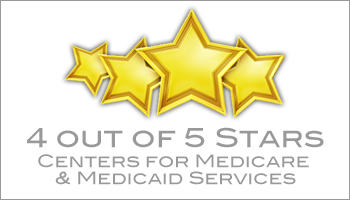